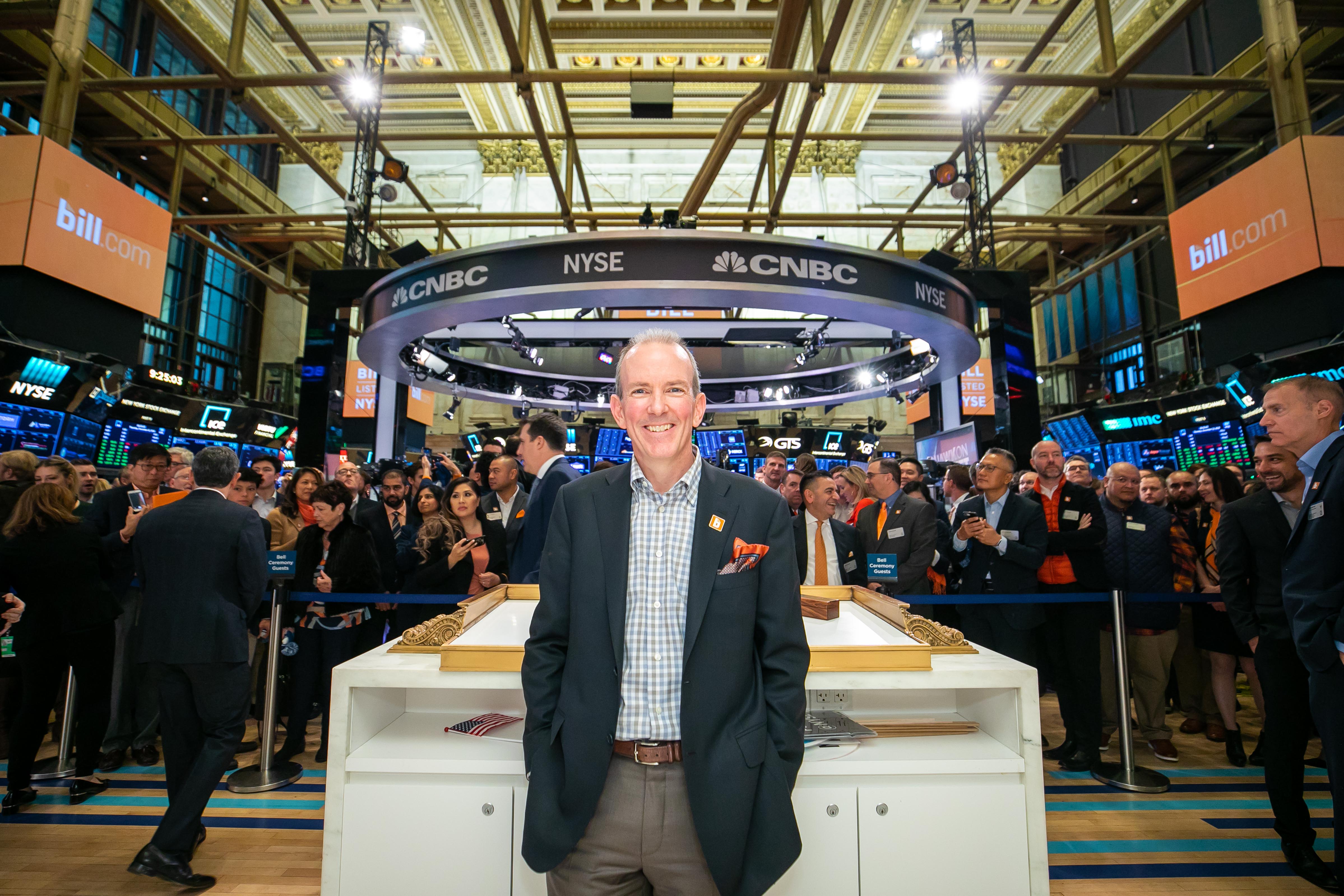 Bill.com: Building a SaaS Leader with Conviction and Grit

Today the New York Stock Exchange began trading shares of BILL, marking the public debut of Scale portfolio company Bill.com. I tell CEOs that IPO day is like a Presidential Inauguration Day: the end of one long campaign, a great time for reflection, yet just the beginning of a new and bigger journey as a public company.

Successful companies, like successful campaigns, share some basic ingredients. At the heart of each is a leader (founder) with the conviction and grit to define a vision and the talent to motivate others around that mission. René Lacerte is that leader for Bill.com.

The mission René laid out when the company was founded is the same mission that drives the company today. It was informed by René’s experience and that of his family owning and operating several small businesses. As René’s shareholder letter in the company’s S-1 filing says:

Since founding Bill.com, I have been motivated by the desire to build solutions that make a real difference for small and mid-sized businesses (SMBs). Our platform weaves software and payments seamlessly together, resulting in better, more efficient and reliable financial operations.

It sounds simple but as a former owner of a cash-strapped small business, juggling cash was my least favorite but most necessary chore. The vision resonates.

In the grit department, all you need to know is that this is year thirteen for Bill.com and René has led it throughout. At a time when everything in tech “looks easy” this is a company that was founded in 2006, survived and thrived in the Great Recession, and made it through to today. This was never a fly-by-night endeavor.

Campaigns need leaders but they also need followers, other people who believe in the mission, and pitch in behind the leader to make it happen. René has built an incredibly talented and motivated team, up and down the organization. The company culture is a nice blend of the best of Silicon Valley tech culture with the more no-nonsense, down-to-earth culture of the many small and medium businesses that are Bill.com customers.

Successful campaigns need money. Many of René’s earliest investors had backed him before and wisely opted to come back for more. At Scale, we were not investors in René’s prior company but were delighted to have the chance to invest in Bill.com in 2013.

Working with Bill.com has been of those experiences that reminds me how ludicrously lucky I am to work in venture capital, where you can partner with great people, work on a mission you believe in, and generate a return for your investors. For this, thank you René and team Bill.com. We look forward to working with you on the wider stage as a public company.