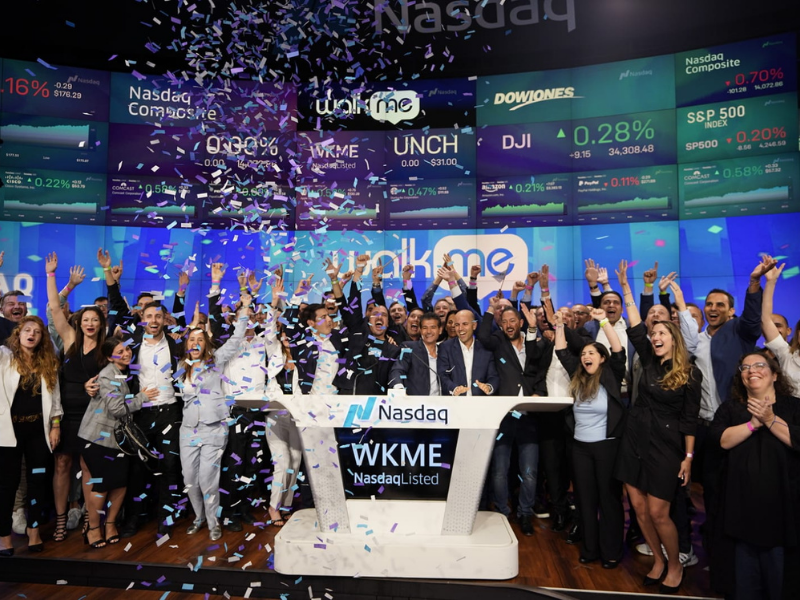 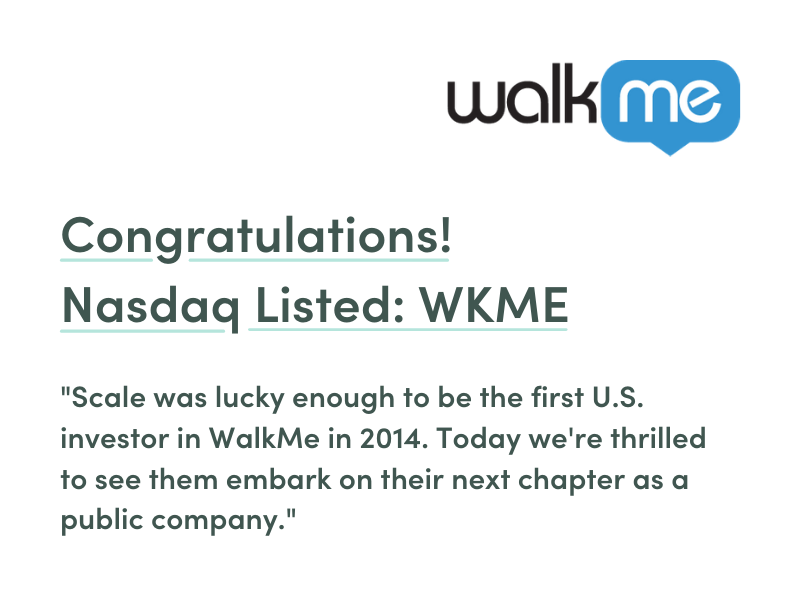 Team WalkMe, congrats on your IPO.

Yes it's just another step on the journey but it's a pretty darn big step and it’s only by looking back that you can see how far you have come. Take a bow and enjoy it. Tomorrow, it's back to work, there are customers to deliver for.

Wider world, this is just one investor’s take on how WalkMe got this far.

WalkMe is becoming a platform company but companies don't start by selling a platform, they start by selling a product or even just a feature. When we first invested in WalkMe in 2014, the product was “just” guided walkthroughs in the same way that early on Docusign was “just” e-signature and Box was “just” file sharing. What we have seen in all these companies is that if you build software to solve a single problem and solve it well, that software becomes the entry ticket that you can expand on to build something more significant. While the naysayers are busy explaining why this or that little piece of software is just a feature and will be replaced, the company builders are listening to their customers and using the most precious asset in enterprise software, the attention of engaged users, to build something bigger. 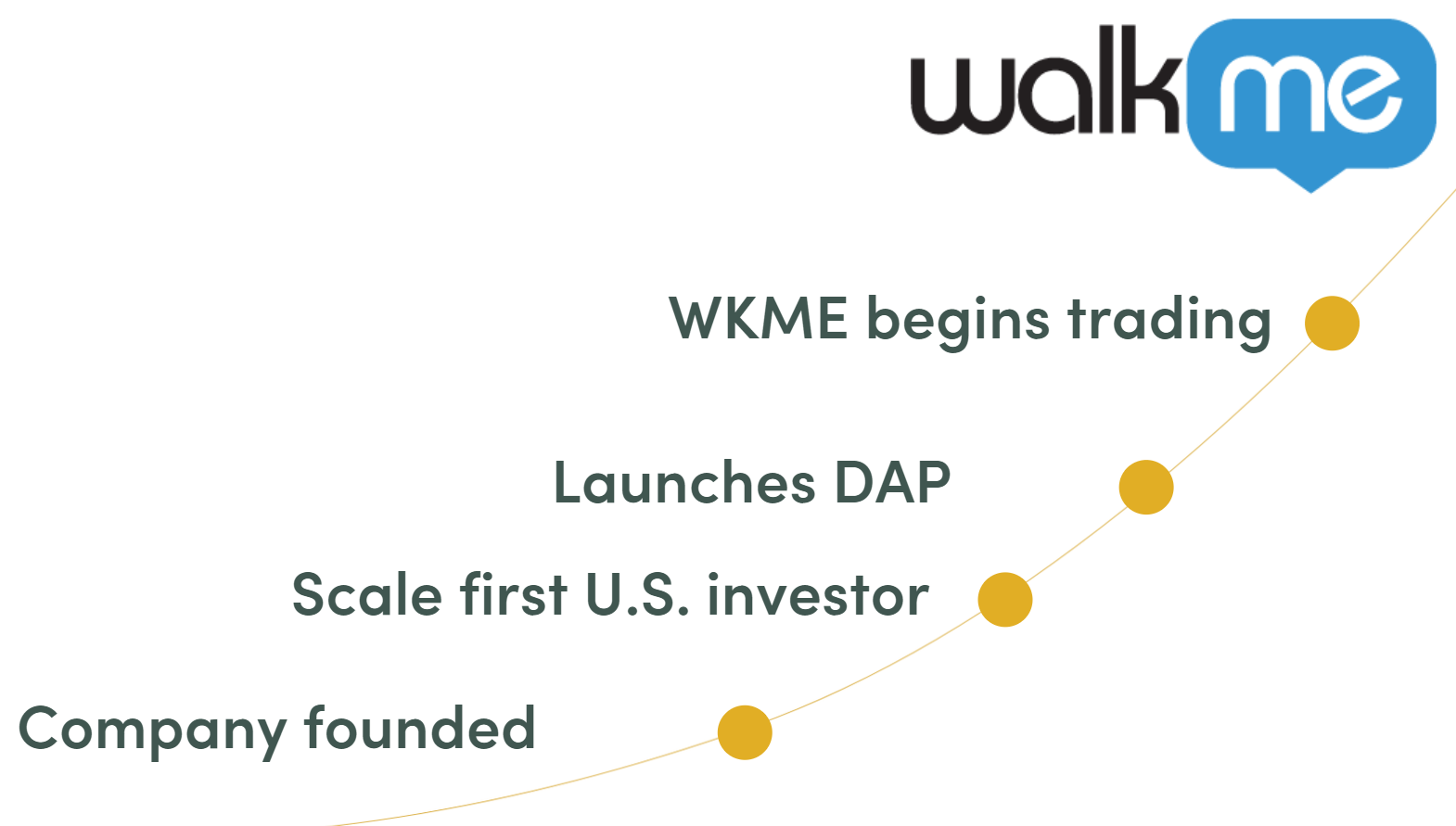 That is what WalkMe has done with DAP, the Digital Adoption Platform. The big insight the team had was that companies today spend literally millions of dollars on software but have little insight into how well that software is being used and no ability to improve it. WalkMe DAP changes all that. The analytics and dashboard allow the CIO to see how well software applications are being used, and the guided walkthroughs can change that trajectory by driving adoption and automating repetitive tasks. This has taken WalkMe from a tactical tool purchased for software training to a strategic tool purchased by CIOs.

We were lucky enough to be the first U.S. investor in WalkMe. My colleague Susan Liu met them at Dreamforce and was savvy enough to realize there was something there. At the time, they had no U.S. investors and only a few U.S. customers (none of them with an ACV above $50K) but we had that a-ha response to the product that convinced us to invest. As we said in our blog at the time, “The first reaction on seeing the technology was a strong sense of relief and the thought that finally someone has solved a problem that has been sucking energy out of my day."

Over the past seven years the company has marched steadily up market and now has 368 customers with more than $100K in ARR and 22 customers above $1M. This is a function entirely of the company’s ability to deliver value to CIOs charged with making digital transformation real.

This was also my first and Scale’s first investment in an Israeli company. We clearly liked what we saw because we have gone on to partner with eight other Israeli companies since, including JFrog, Forter, Papaya, and others. It's often a mistake to overgeneralize but we have definitely found a can-do, self-reliant approach in our Israeli entrepreneurs that is a real competitive advantage in a GSD world. Dan, Rafi, and team embody that attitude and I look forward to seeing them take their drive and ambition to the public markets.