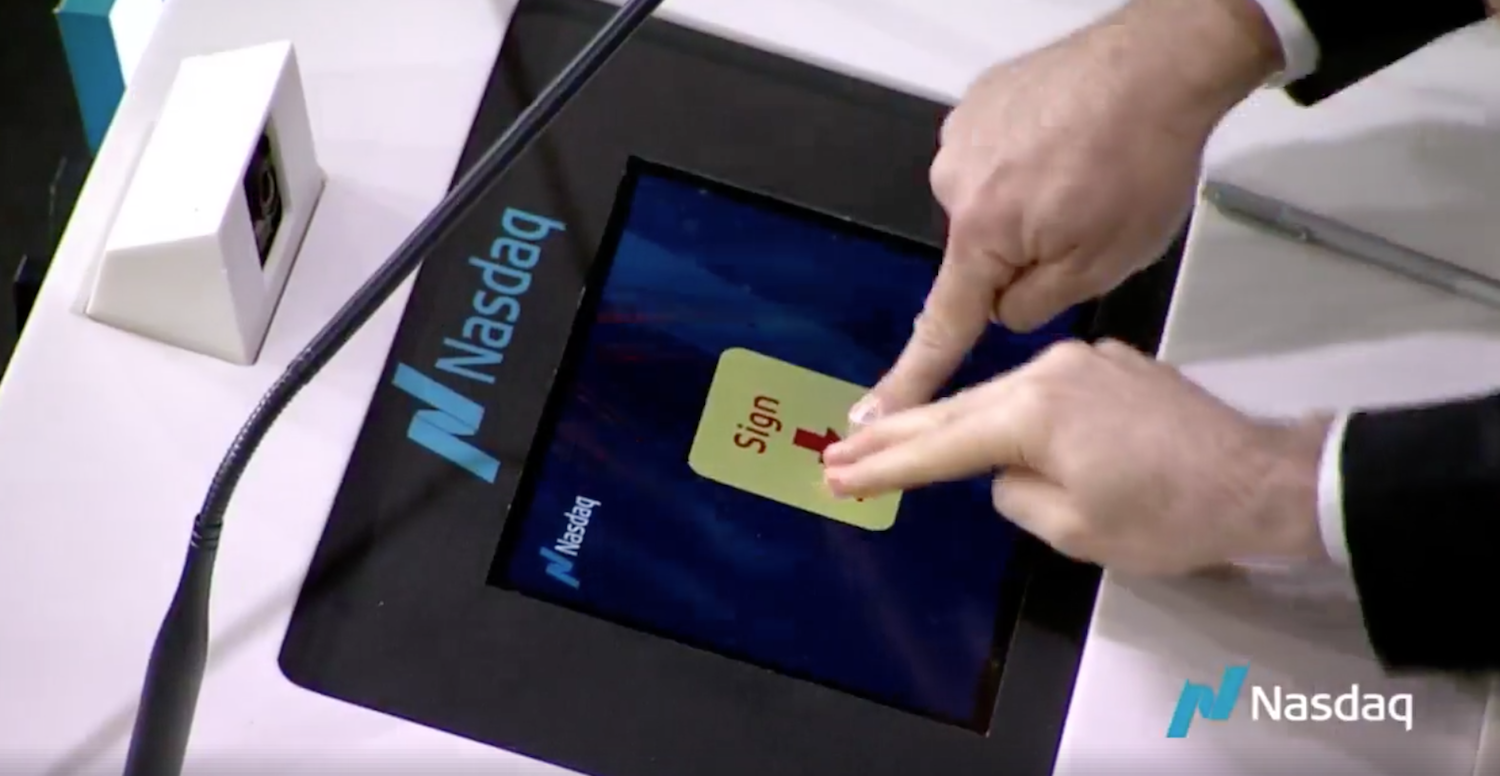 Today the DocuSign team, ably led by CEO Dan Springer, went public, fifteen years after the company was founded by Tom Gonser. I have been lucky enough to be an investor and board member for the last eight years. Fifteen years might seem like a long time, but the competition has been around a lot longer.

When I used DocuSign to sign something for the first time I had the magic moment of clarity which comes when you realize that the way you have always done something has changed and you will never go back to the way you did it before. I sign stuff every day and the routine of printing it out, signing it and faxing it back has been an ongoing minor hassle forever. By forever, I really mean forever. An otherwise unknown Sumerian scribe named Gar Ama leaves us the first known autograph signature from 3100 BC. Tablets got replaced by papyrus, parchment and paper but the signature process has remained the oldest and most ubiquitous business process in the world. It is impossible to imagine a digital transformation that does not include taking signatures and putting them online, and now 5,000 years after Gar signed his tablet, DocuSign has taken signature into the digital age.

The federal ESIGN Act was passed in 2000 and DocuSign was founded in 2003. Change is always hard and five thousand years of inertia is a lot to push against. Early on, DocuSign had to evangelize and convince every customer that e-signatures were legally valid and secure. It took almost a decade for e-signature to become commonplace and thus implicitly accepted rather than explicitly having to be explained. Scale Venture Partners invested in 2010 and it was probably a year or two later that it started to feel like the flywheel was rolling and sales cycles started to reflect wide e-signature acceptance. Then came the enterprise, and as large enterprise customers adopted on mass, they needed all the classic enterprise features of scalability, security, and customization. Collecting a single e-signature is a trivial task, but originating, routing, collecting and then archiving literally millions of signatures in such a way that any single signature can be produced if required, is a herculean, enterprise scale, software problem.

The DocuSign team has been stellar. Sometimes a single leader can go the distance and sometimes the right strategy for the Company is different leaders for different stages of the journey while keeping the best part of every leader involved. Tom Gonser the founder, Keith Krach the CEO from 2011 to 2016, and Dan Springer the CEO who has marshalled us all for this last part of the journey all serve together on the Board and all continue to contribute towards building a great company. They and the 2,200 plus DocuSigners that work with them, are the heroes, and on behalf of ScaleVP, I would like to thank them for all they have done.