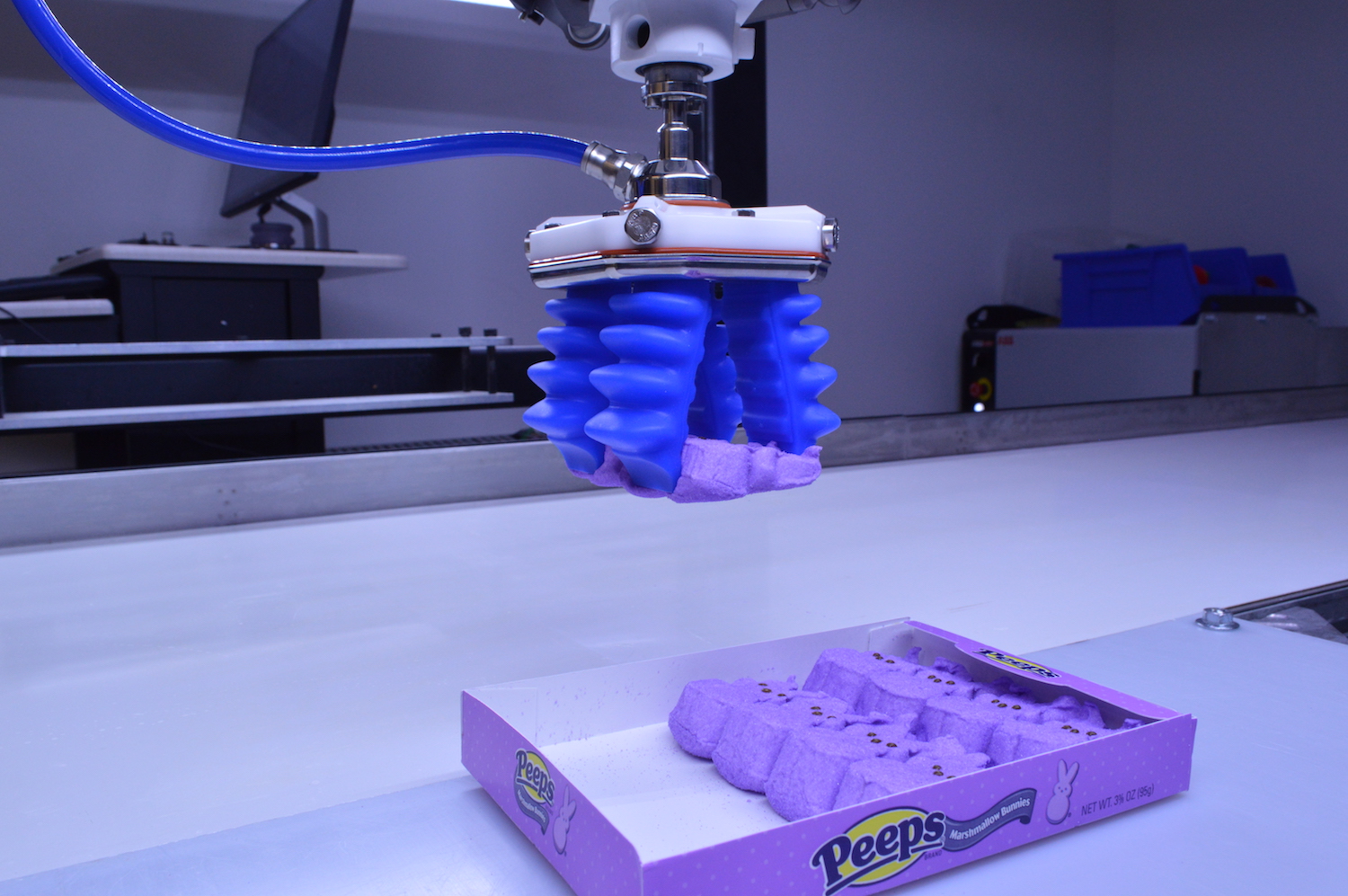 Gripping and picking items up is on of those tasks. It is fairly simple to have a robot pick up a series of items, all of which are equal in shape, ideally durable/non-deformable and which are presented for picking in a consistent manner. Think of a conveyor of identical metal parts all coming to rest at the same point. Once these parameters change, robots struggle. It is extremely hard for a robot to reliably empty a shopping basket full of typical purchases from a Walgreens, mainly durable items of varying sizes, usually placed in plastic containers. It is even harder for a robot to produce items off a conveyer system without crushing them.

Understanding WHY this is hard is important. Any picking system is a combination of a gripper and a vision system managed by a control system, just as a human picker is combination of eye ans hands, powered by a brain. The typical gripper has two or three metal fingers, controlled by motors and sensors that in turn are directed by the robot's vision system. The vision system has to be able to accurately see the object in three dimensions, so as to be able to accurately have the fingers pick it up. Why is this hard.

Well look at The Claw in the Toy Story movie or in any amusement arcade. It turns out it is really hard to pick up soft furry toys with a metal gripper. It is hard because metal grippers are inflexible and non-reactive and so all the onus goes on the vision system and computer to figure out the exact position to move the fingers such that the grip is tight enough to be effective without being so tight, that is breaks the object being gripped. The result in the robotics world is at best, slow picking rates as the control system performs massive calculations for each pick, and at worst for many items like produce or disparate items in a warehouse tote system, the picking problem is insoluble. Hence, industries like auto manufacturing have been massively automated, while other industries like food production, remain almost entirely robot free.

What is missing, is the miracle of the human gripper, aka the hand which is soft and can adapt to each object that is picking up, and without having to precalculate, can use a sense of touch to grip something just hard enough to left without crushing it. By having more flexibility in the hand there is less need for precision in the vision system.

The heart of the Soft Robotics product is a gripper that more closely resembles a human hand. Rather than being made of metal and controlled by motors, the gripper is made of a soft materials and controlled by air actuation. This allows the gripper to conform its shape gently to the shape of the item being gripped, without having to know in advance what the object is. See the Soft Robotics gripper picking up eggs. Try doing that with a metal gripper.

We believe Soft Robotics has core enabling technology that will unlock multiple markets. The most obvious is the food industry where robotics is very underpenetrated to date, but additional markets can include light manufacturing and warehouse logistics. Our recent investment in Locus Robotics has convinced us of the magnitude of the opportunity in logistics as companies adopt to survive in the world of Amazon.

The technology orginally devised by Dr. George Whitesides is unique, the team lead by Carl Vause is strong and the company has early traction with great customers. We are very excited to be invested in Soft Robotics.

From Seed to Series A: Hiring Options in the Era of Global Teams