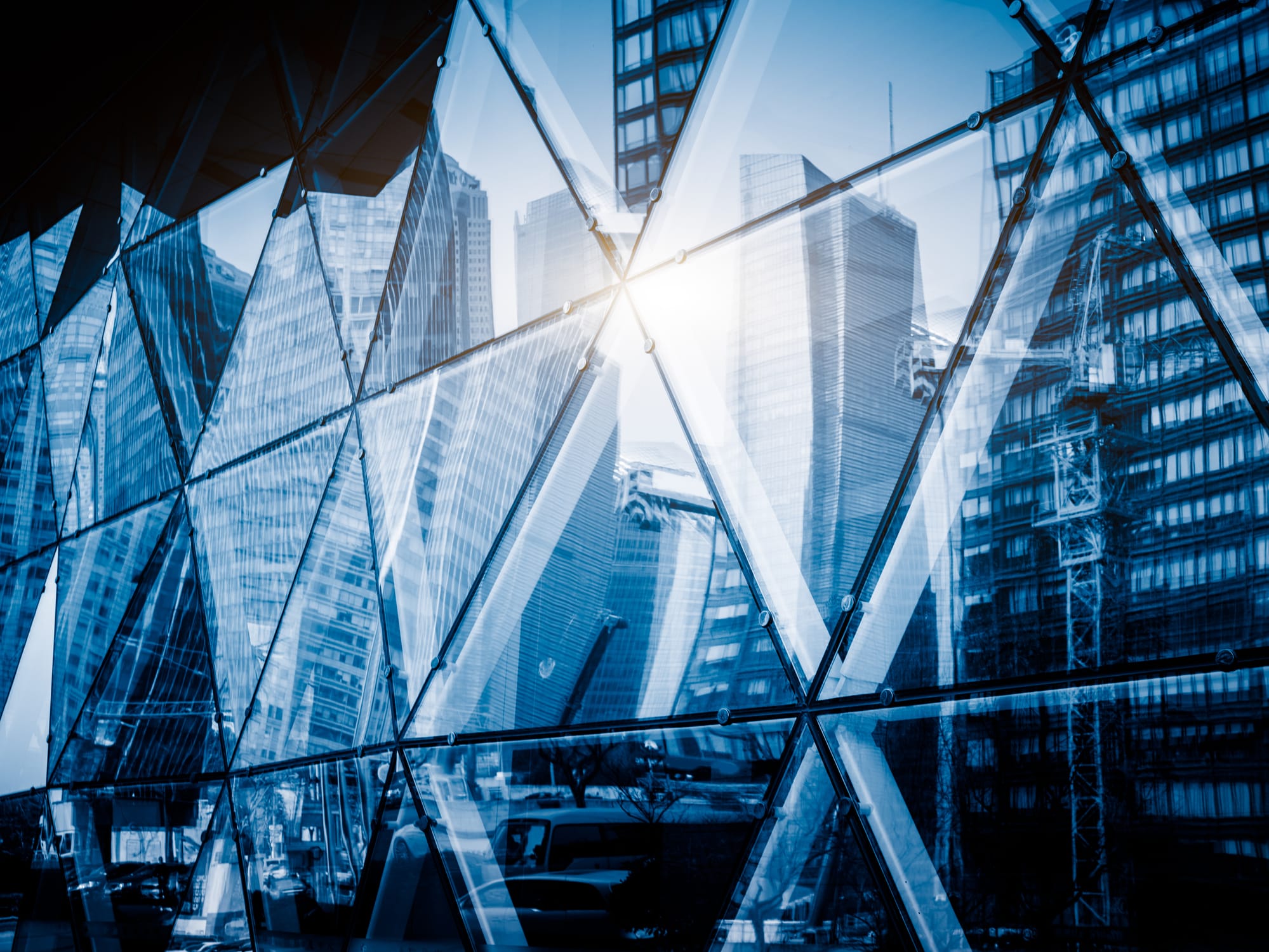 A Valuation Framework for SaaS Companies

By Andy Vitus
Scaling
Share Now
For any SaaS company to be more than 10x larger five years from now, it must be growing revenue at a CAGR higher than 80%.

Our previous post introduced the concept of growth decay in recurring-revenue companies. We concluded, first, that there is a substantial persistence of revenue growth rates from one year to the next, and second, that growth rates decline relatively predictably as companies mature. We turn now to relating these two concepts to the valuation of a fast-growing, private SaaS company.

Investors usually take one of two broad approaches to valuing a company with current negative cash flows. Either a multiple of a point-in-time metric such as Price/Sales is used; or a full discounted cash flow model is constructed to determine the net present value of the future cash flows. Using a Price/Sales multiple is problematic because it doesn't account for the future expected growth. Building a discounted cash flow is tedious and anchoring a valuation to positive cash flow in the future is too sensitive to model assumptions.

Using a growth rate decay trajectory is a compromise between the complexity of a time-based, cash flow approach and the simplicity of a point-in-time sales multiple. It uses two known inputs, current revenue and trailing revenue growth, and one assumption, namely the growth rate decay trajectory. It also fixes the time-frame of interest to a point five years in the future. We chose five years because that is a typical venture investor's holding period from the initial investment.

For any given growth rate we postulate three possible growth paths forward:

The table below shows these three different growth paths for initial growth rates ranging from 30% to 100% (Year 0 column with the blue background). The final column shows the resulting revenue expansion over the following five years. 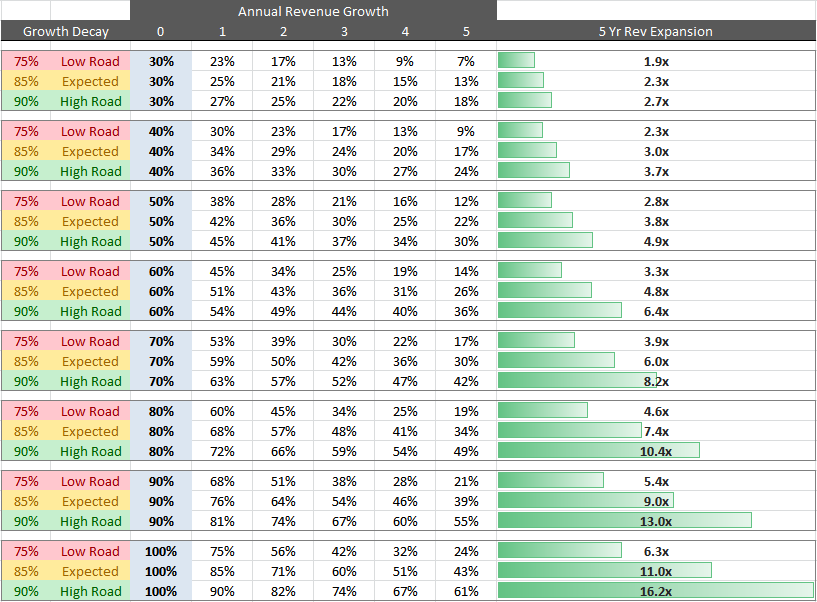 While the difference in gradient between these three paths appears to be slight, the final column in the table shows that five years later the change in revenue altitude can be dramatic. Take, for example, a company at a $2M annual revenue run rate that is  currently growing 100% YoY (the final three rows in the table). If the company is able to follow the high road of growth they will end up five years later at a $33M run rate; but if growth follows the low road, revenue will have expanded to a more modest $12M run rate.

Sorting the table by the 5-year revenue growth is revealing. For any SaaS company to be more than 10x larger five years from now, it must be growing revenue at a CAGR higher than 80% today and the growth rate must decay no faster than the norm. 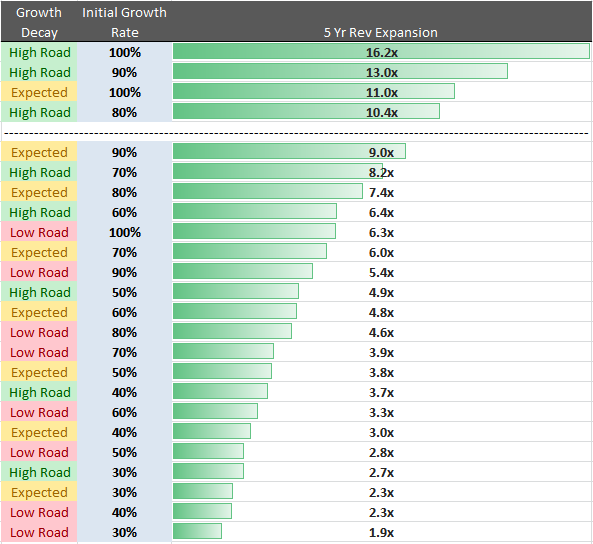 Once we have an expectation for the expected growth trajectory, the next question is how one should value the company. While any approach is bound to be as much art as science, we've often observed that venture investors have a tendency to apply one methodology when investing and a different one when planning for an exit. There are times when applying a 12x forward sales multiple to calculate a pre-money valuation make sense. It is unlikely that an acquirer will apply the same multiple 5 years later when the growth rate has declined by 50%. It is important to use a consistent approach over time.

So what revenue multiple makes sense? Our approach is to simply use the expected 5-year revenue expansion and apply that as a sales multiple to the current revenue. We also apply a 25% discount at the time of investment to account for dilution from future capital requirements and the risk inherent in smaller companies.

What is clear is that maintaining a high growth rate is key to getting a venture return. In order to achieve a 5-10x return for investors over 5 years, a company must both start with, and substantially maintain, a high growth rate. Even starting with a 100% growth rate is insufficient if the growth rate declines at the typical 15% each year. The final CAGR is particularly determinant of the investment return for SaaS companies.

For both entrepreneurs and investors in recurring revenue business the conclusions are stark: in order to build a meaningful business and secure venture returns, it is vital to maintain exceptionally high growth rates for an extended period of time. This is only achieved by brilliant execution as an early mover in a massive market.

From Seed to Series A: Growing from 11 to 20 Engineers

From Seed to Series A: Growing from 1 to 10 Engineers