Cognitive Applications with Intelligence Inside

By Andy Vitus
Trends
Share Now
We believe that the next decade will result in the emergence of a new class of application software which we term “Cognitive Apps”. These new applications will seek to make predictions about the world using machine learning algorithms applied to information they gather themselves.

We believe that the next decade will result in the emergence of a new class of application software which we term “Cognitive Apps”. These new applications will seek to make predictions about the world using machine learning algorithms applied to information they gather themselves.

Rather than representing an abrupt discontinuity with the past few decades, we believe Cognitive Apps will build on the considerable groundwork already laid in cloud computing, connectivity, and data storage, three trends in which Scale has long invested. Yet, to an historian of technology looking back from 2030, we believe it will be clear that the way we build applications, and, more importantly, the way people engage with software had begun to change in 2020 with the addition of “Intelligence Inside”.

The Way We Build Software

Over the past two decades, Scale has invested in application software delivered “as-a-service“. In most every software market the old client-server architecture was replaced by a modern SaaS product, invariably at the expense of the large, slower-moving incumbent. There has been a proliferation of new, cloud-native software companies and as of today, SaaS represents the most rapidly growing segment of IT technology adoption.

While the SaaS model is by no means obsolete, Scale believes that two large and disruptive infrastructure trends are now combining to enable new entrants in many software markets:

We believe public cloud infrastructure is best suited to deliver this new architecture and Cognitive Apps will invariably be built on top of the existing cloud platforms. In other words, we view Cognitive Apps to be the next evolution of Software-as-a-Service.

The Way We Use Software

Business software applications to date have primarily served to store and report on data. Rather than assisting users in their daily tasks, applications have been the task.

The new possibilities ushered in by the changes in how we build software will fundamentally alter the way we utilize software. Users will increasingly expect software to intelligently work for, rather than against us or instead of us having to work for the software. We will become comfortable with software making its own decisions based on what it has learned about the world.

We believe that this shift in the way Cognitive Apps will be designed is so substantial that in many cases incumbent software vendors will be unable to modify their legacy applications. Said differently, adding intelligence to an application cannot be achieved as an afterthought.

We believe there is tremendous scope for investment both at the infrastructure level and at the application level, and some examples of current Scale portfolio companies that embrace these transformations will follow.

Root is a next generation automotive insurance provider that leverages the power of mobile devices, sensors, and machine learning (AI) to optimize the underwriting process. As opposed to analyzing credit score, age, gender, and other attributes on which traditional carriers have relied, Root instead collects and analyzes actual driving data to understand the risk profile of its prospective customers. Root then runs these data points against its machine learning models to determine how well (or poorly) one is driving, and by extension, that person’s likelihood of causing an accident. This setup allows Root to discern good drivers from bad, while providing good drivers with cheaper rates and discouraging more risky drivers by serving up more expensive quotes. As more drivers apply for insurance and the company broadens its insured base, the team is able to hone its algorithms to drive more favorable unit economics for the company vs. more traditional car insurance carriers that rely on static data that are less related to one’s driving behavior. 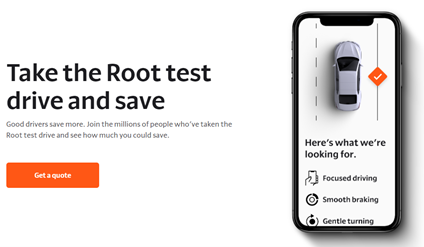 In addition to offering more favorable pricing to good drivers, Root provides a faster, more seamless onboarding process for its customers. The company onboards 100% of its drivers through its mobile application and allows customers to purchase insurance in minutes versus traditional carriers that can take days to underwrite a policy. Today, Root is one of the fastest growing car insurance carriers in the United States.

Locus Robotics is the developer of autonomous mobile robots that improve productivity within e-commerce warehouse environments. The Company’s bots work collaboratively with warehouse associates in order to increase the speed at which items are picked and reduce overall fulfillment time by an order of 2x - 3x. The Locus bots rely on a combination of advanced AI techniques including computer vision, simultaneous localization and mapping (SLAM), and sensor technologies in order to conduct autonomous navigation within the warehouse. The idea is for the bots to be able to map the warehouse floor plan and recognize and avoid objects in real time. These capabilities are provided by underlying computing technologies that allow the bots to sense and perceive the environment around them like humans. 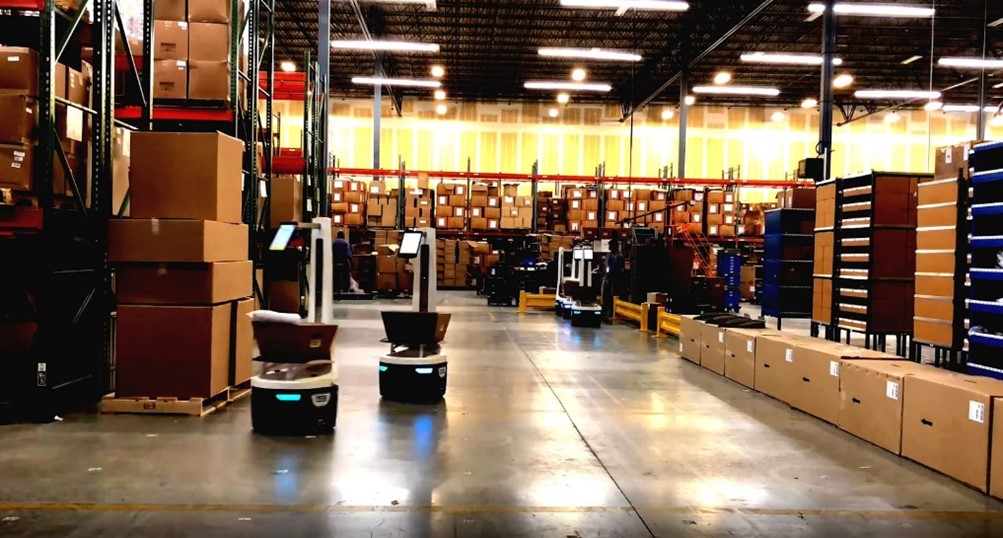 The Continued Adoption of the Public Cloud

The other dominant trend for the next decade will be the continued adoption of public cloud computing services. For clarity when we say “public cloud computing services” we mean the general-purpose computing platforms offered by companies like Amazon Web Services (AWS) and Microsoft. These platforms can be used by enterprise companies for bespoke internal applications and by SaaS and new Cognitive Apps companies as the compute foundation upon which to build and resell enterprise applications.

Scale continues to closely track the proliferation of cloud computing services. Microsoft, which is now the largest player in this market having recently eclipsed AWS, generates more than $45 billion in annual revenue, growing at 39% year on year. Across the world’s largest cloud computing vendors, continued adoption has been driven by increasing accessibility to developers and the expansion of platform capabilities. This delivery model, whereby network access and computing resources are shared and operated by a “public” third-party vendor, also leads to significant economies of scale for customers leveraging the technology. According to Gartner, the worldwide public cloud services market is projected to grow 17% year over year to $266.4B. Scale believes that the inevitable migration of computing workloads from company-hosted data centers to workloads running in the cloud will ultimately force a re-write of the entire stack of technologies used by companies to develop new software, including products aimed at developing, deploying, monitoring, and securing hosted infrastructure and applications. You see our conviction in this thesis in investments that hinge upon this trend, including, CircleCI, BigID, and Matillion.

CircleCI is building a SaaS platform that provides continuous integration (CI) capabilities to modern developers. The company’s technology promotes faster release cycles, allowing today’s engineers to update application code at a far more rapid pace (a process known as continuous integration). Software delivery today has become a continuous loop, whereby a single workflow ties together an automated build (from source code, to test, to deploy). This process repeats frequently - sometimes 100x per day - and affords freedom for developers that would otherwise be required to review code for stability. CircleCI helps remove this need by ensuring smoother integration into an existing application. The movement towards more agile development is one component of a larger trend that Scale has been closely following - that is, the transition from a monolithic to a microservices architecture, whereby application services are loosely coupled, deployed rapidly, and frequently disposed.

BigID is a data privacy management platform that allows large enterprises to better understand their underlying customer data. The company’s core intellectual property leverages machine learning to build data mapping and discovery modules for security and compliance purposes (such as the European General Data Protection Regulation and the California Consumer Privacy Act) allowing stakeholders to understand where personal identifiable information sits, who has accessed it, as well as any associated risks.

BigID can run behind the firewall or within the cloud instance of a customer and is able to find personal information (such as Social Security numbers, ZIP codes, protected health information, phone numbers, and private financial information) based on its relation to an identity in any kind of structured or unstructured data set. The company’s platform leverages intelligent search and machine learning algorithms that become more efficient at identifying targeted information as additional data passes through the platform.

We believe that these two megatrends will be intertwined over the next decade. The basic SaaS model will continue to be adopted by corporate customers. Even after two decades, in 2020 there were still laggard enterprise sectors that had been hesitant to switch to a cloud architecture. The advent of Covid will probably eliminate that as an option.

In the next five years, we expect 90%+ of application software will be delivered over the cloud and sold via a SaaS subscription. This, together with the natural emergence of new application categories and more nimble next generation applications vendors, means that the SaaS market will continue to be a fertile ground for founders to build and grow their companies.

At the same time, the Public Cloud will continue to expand at the infrastructure layer. Just as Covid was the last nail in the coffin of “on premise” third-party applications, so too will it further accentuate the move to close enterprise datacenters and move even custom enterprise built and owned applications to the cloud. We believe there will be a compelling market for the software tools and services to help make this happen.

Finally, the emerging trend of Cognitive Apps will leverage the public cloud to build a whole new class of applications with Intelligence Inside. These will frequently (but not always) be sold via the same subscription model that is used by current-generation SaaS vendors. Both in terms of how they are built and how they are used, we expect Cognitive Apps will represent the next generation of where enterprise technology is going.