The Child is Father of the Man
- The Rainbow, Wordsworth

As fall ends and winter approaches, management teams turn to the task of planning for the year ahead. In discussions with our portfolio CEO's, a question that is frequently asked is: "How fast can, or should, we grow?"

Looking at the scatter plot below, three points become clear: 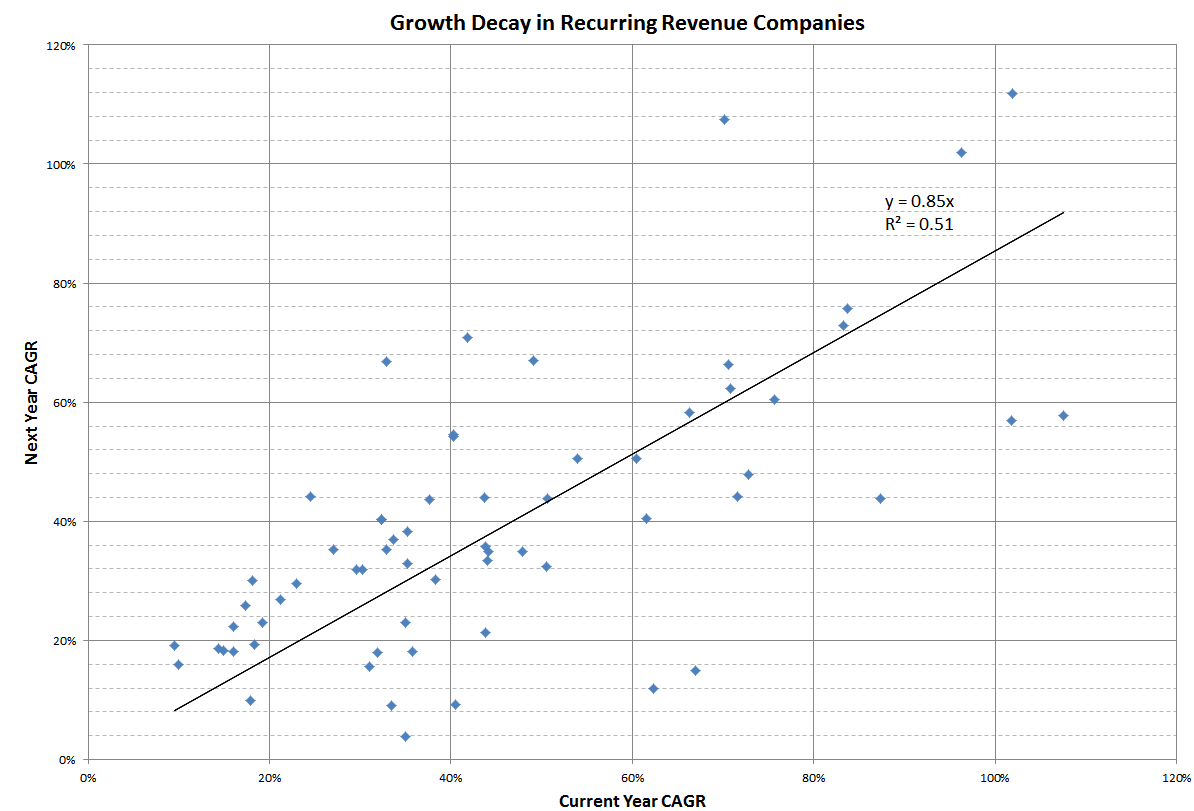 The solid line on the chart represents the best fit to our data set. The slope of the best-fit line relates the current year's growth rate to next year's likely growth. As a rule of thumb, therefore, next year's growth rate is likely to be 85% of what this year's was. As is apparent from the relatively tight cluster of points around the line, growth rates decay within a fairly predictable range as companies mature.

There are two corner cases worth exploring: large companies growing quickly and small companies growing slowly. Let's look at Salesforce.com as an example of the former. In the three years during which Salesforce grew from $100M to $500M (2005-2007) its annual growth rates were 84%, 76%, and 60%. A year later, it was still growing at 50% CAGR. Even as Salesforce approached $1B in revenue, it was able to maintain its growth rate from year to year.

The second corner case is that of small companies growing slowly. All venture portfolios have a few companies in this category. While there is some satisfaction to be had from the annual increase in revenue, management teams are tempted to hope for (and often forecast) a sudden increase in growth rate. Our experience, though, is that low growth rates are frequently systemic to markets and are more suggestive of a constrained market size (or some other unfavorable dynamic) than a dysfunctional sales organization. In these cases, capital efficient growth is crucial to a good outcome.

In our next post on SaaS valuations we will look at how current growth rate and the expected 'growth decay trajectory' relate to future outcomes and, consequently, valuation multiples today. More importantly, we will discuss what small, fast growing companies can do to maintain high growth rates.