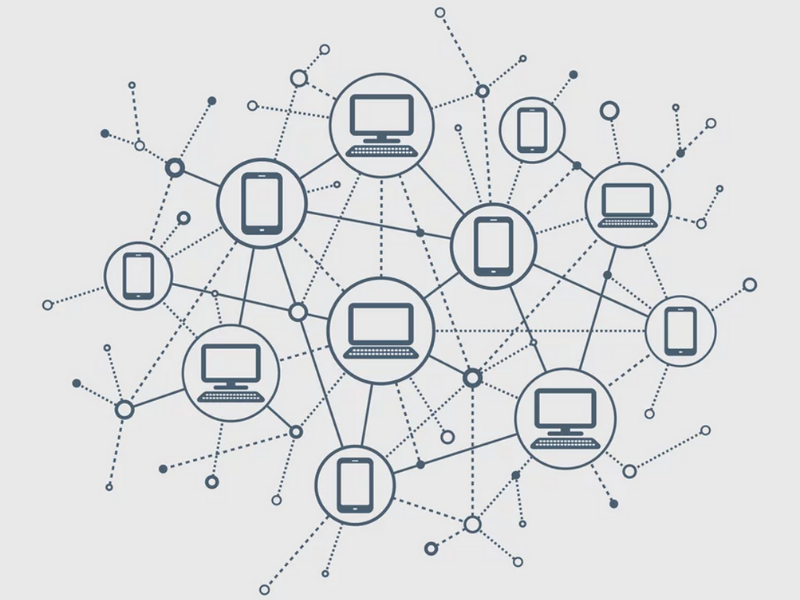 Moxie rocked the boat this past weekend when he published his first impressions of web3. It’s worth a read as it comes from someone who knows their stuff (creator of Signal), is outside the web3 crowd a bit, and took the time to build actual things with MetaMask and OpenSea then use that experience to discuss questions of centralization and decentralization. The whole episode has interesting implications for venture investing and for entrepreneurs looking to understand how web3 fits into their roadmap and strategy. 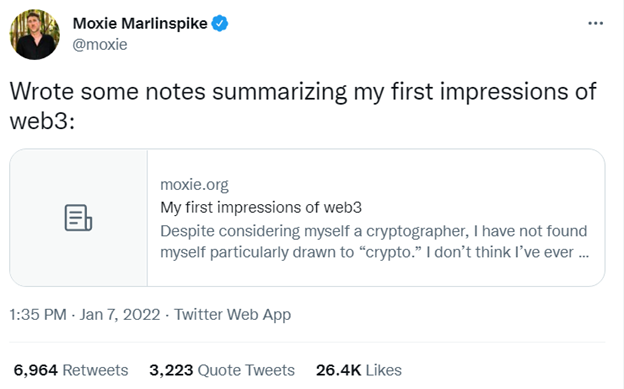 Many of the responses to the post seemed to rush to address the technical concerns he raises, mostly that the front end/client/application layer is not well decentralized. But these responses, at least the ones I’ve read, including from Vitalik, the ETH founder, miss some of the broader points Moxie was making. Namely that, relative to centralization, decentralization is fundamentally:

Collectively these mean that for any application there is a way to build it centralized and one to do it decentralized, and the former will be faster and have a greater UX, from a traditionally measured perspective. But these won’t necessarily always be the case.

The first point can probably be addressed in time with tooling. While there is an existing set of web2 tools, you can imagine that web3 tools could emerge to fill the gap and make development as easy or even easier than web2.

The second point could become normalized. Passwords aren’t fun, but we accept them as necessary and put up with them. If a decentralized app is superior to a centralized app, users might simply accept the UX trade off.

The third point, though, seems tougher to address. He points out that decentralization is organizationally slower because of committees and standards, etc. And that once they emerge, they evolve slowly. In an ecosystem where speed to market seems critical, with all else being equal, the centralized team will launch before a decentralized one. A pre-launch team needs to decide if they want to launch a new feature in a decentralized way or a centralized one faster.

In crypto’s short history we’ve seen the above principal play out a few times where value has quickly accrued to the first-mover platform, and that platform has used centralized development to give it an edge. As Coinbase grew in size, many criticized it for not being a DEX (decentralized exchange). Most accepted that we could get decentralized later and put up with Coinbase for now. Today there are dozens of DEX’s that you haven’t heard of and for good reason, they can be slow, jankey, and unproven. Similarly, MetaMask and OpenSea are centralized apps that gobbled up adoption and became standard faster than alternatives.

This is frequently explained as: “It is early, and we can’t decentralize everything overnight. We’ll get to that later.” This is what many of the responses to Moxie post, including Vitalik, focused on. But what is driving decisions about what to decentralize now versus later? It seems the most critical thing, where the gold rush is, gets centralized. Why? Because decentralization is harder (going to take more work), will have a lesser UX, and will evolve slower.

Does this mean web3 won’t work? Not necessarily. It does mean that 100% decentralization will be hard, take more time, and evolve slower than we’d expect – in part because several parts of the stack will be centralized for at least a while. It might also mean that web3 won’t work… if users don’t really want decentralization. As Vitalik points out in his response, lots of devs are excited about decentralization and he claims “users generally accept defaults given by developers”. 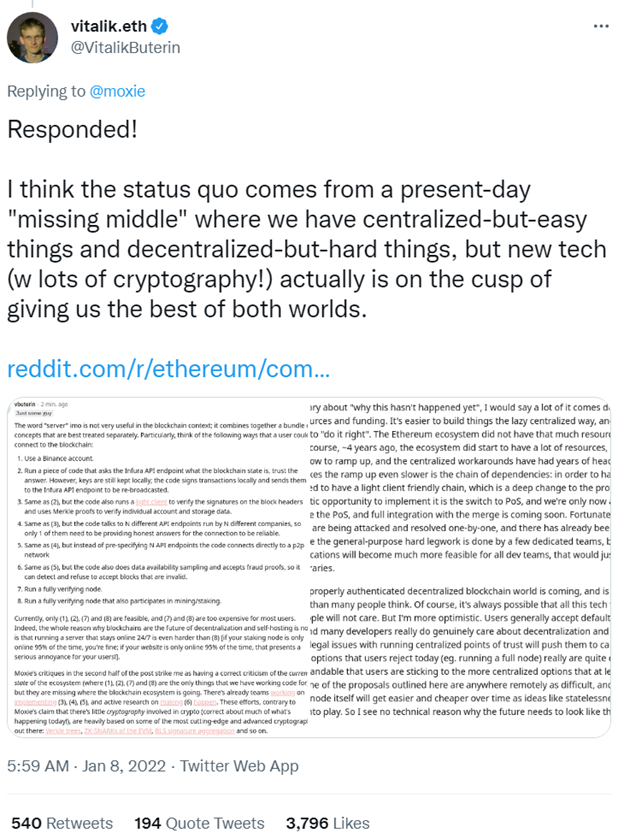 This is a powerful argument. It feels true to me as long as users want the value of decentralization enough to put up with the hard, long, slow combo. As many have stated, web3 could have some cool properties (privacy, digital goods that move with me, etc.) but the value of that coolness needs to be worth the sacrifice of hard, long, slow or we’ll never get there. Instead we’ll accept compromises along the way and be satisfied with them for the long haul. There will always be a new frontier for innovation, and there will always be the option to fill it first and well with a centralized solution.

As a venture investor, this has investing implications inside and outside web3. Alongside all the cool decentralized tech from purists, it’s important to also watch for the critical gaps and the fast-moving pragmatists who do anything to solve users’ needs. The users will ultimately decide how much decentralization they want or need.