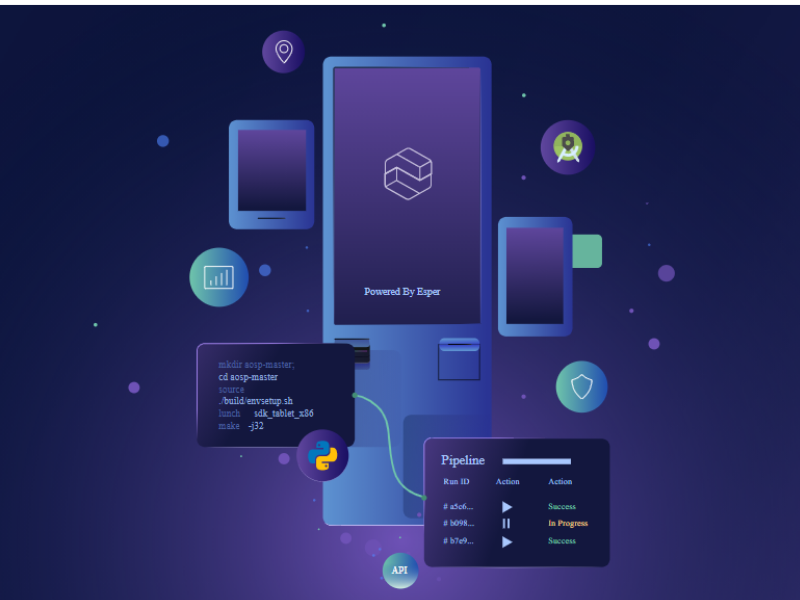 Author:
Andy Vitus
Portfolio
Share Now
Scale is leading Esper's Series B funding round. Andy Vitus on why we invested in the leader in DevOps for edge devices.

Last year’s JFrog IPO and CircleCI’s recent funding round at a $1.7 billion valuation are milestones that cement the rise of DevOps as a core principle in software development. We’ve witnessed this growth first hand: Scale was an early investor in JFrog and led CircleCI’s Series B. These days we’re pleased to be meeting the next wave of startups building new tools, platforms, and services that address the remaining unsolved problems that broadly fall under the DevOps umbrella.

Esper is one of those extremely promising startups building on the foundations of DevOps success. The company is in the business of DevOps for connected devices (which are typically running Android OS), adding new capabilities for the DevOps “last mile” covering the stages from build completion to deployment.

Edge devices are of course exploding in number and increasing in complexity, as seen in device categories as diverse as Pelotons, point-of-sale tablets, and ticketing kiosks. They’re a distinct use case from traditional DevOps in that these devices can’t be virtualized as you would in a server environment.

Esper technology adds DevOps capabilities to the (legacy) mobile device management (MDM) category. MDM systems were initially focused on workers bringing their own phones into the corporate environment, stopping short of more advanced control and deployment functionality. But that legacy MDM paradigm doesn’t make much sense with more complex and heterogeneous devices that aren’t phones. Esper’s software leapfrogs MDM to provide advanced capabilities like a telemetry engine, analytics, and provisioning and pipelining functionality. Developers and engineers use the Esper platform to bring devices and their apps to market much faster than any other alternative, in much the same way AWS accelerates time-to-market for web apps.

The idea of DevOps for edge devices is new enough that some Esper customers come looking for MDM then walk away enthused that they can actually do quite a bit more. It’s worth looking at just how much more. Esper’s DevOps platform provides:

Esper’s DevOps for edge devices is clearly catching on, with the company already signing dozens of new customers like CloudKitchens, Spire Health, Ordermark, Inspire Fitness, and Uber. Company leadership has multiple decades of collective experience in the connected device deployment space. CEO and co-founder Yadhu Gopalan spent five years at Amazon on the AWS team responsible for hardware and fleet engineering as well as the Amazon Go store team. COO and co-founder Shiv Sundar leads Esper’s go-to-market operations with his 15+ years experience in product, partnerships, and sales at companies like Samsung and Huawei. Esper is seeing real success with its freemium model, providing a trial to customers with smaller device fleets and allowing them to step into paid plans as they grow larger.

The future of DevOps is more: more connected devices, more complex builds, and more advanced software on board. And it’s still the early innings for many of the fastest-growing device categories like drones, smart home devices, and connected healthcare systems. Enterprises deploying these devices are under pressure to figure out how to manage and scale at the pace the market is moving. Until they meet Esper, who makes it all look easy.

We look forward to working with Yadhu, Shiv, and the growing Esper team.

Scale’s Jeremy Kaufmann contributed to our investment in Esper.