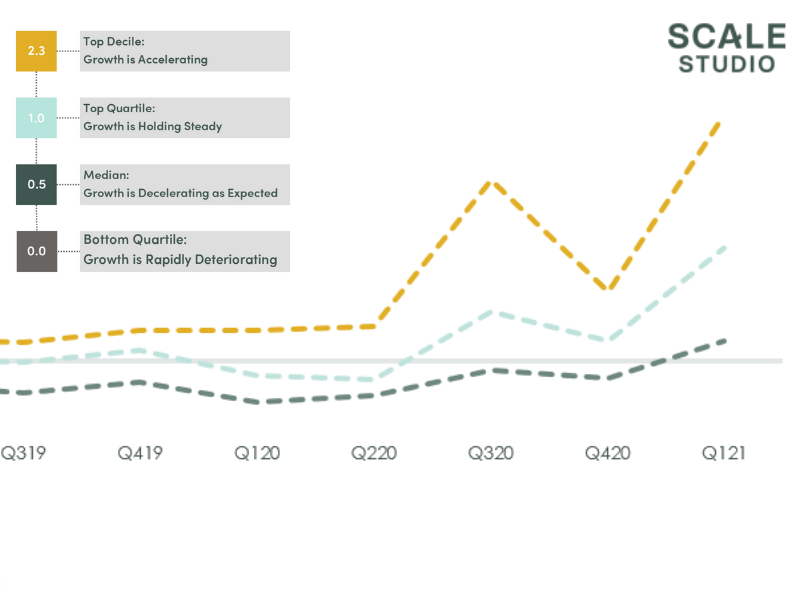 The math of Net New ARR isn’t rocket science. However, when trying to understand the relationship between NNARR, ARR, and the growth rates of these measures, it’s quite easy to get tripped up. At any point in time, your company’s Ending ARR Growth Rate and NNARR Growth Rate are different positive or negative percentages. The relationship between these numbers tells you whether or not your overall growth rate is accelerating. It works out like this:

Wow, that’s a lot to remember. There has got to be an easier way!

The Bright Line of the Growth Acceleration Factor 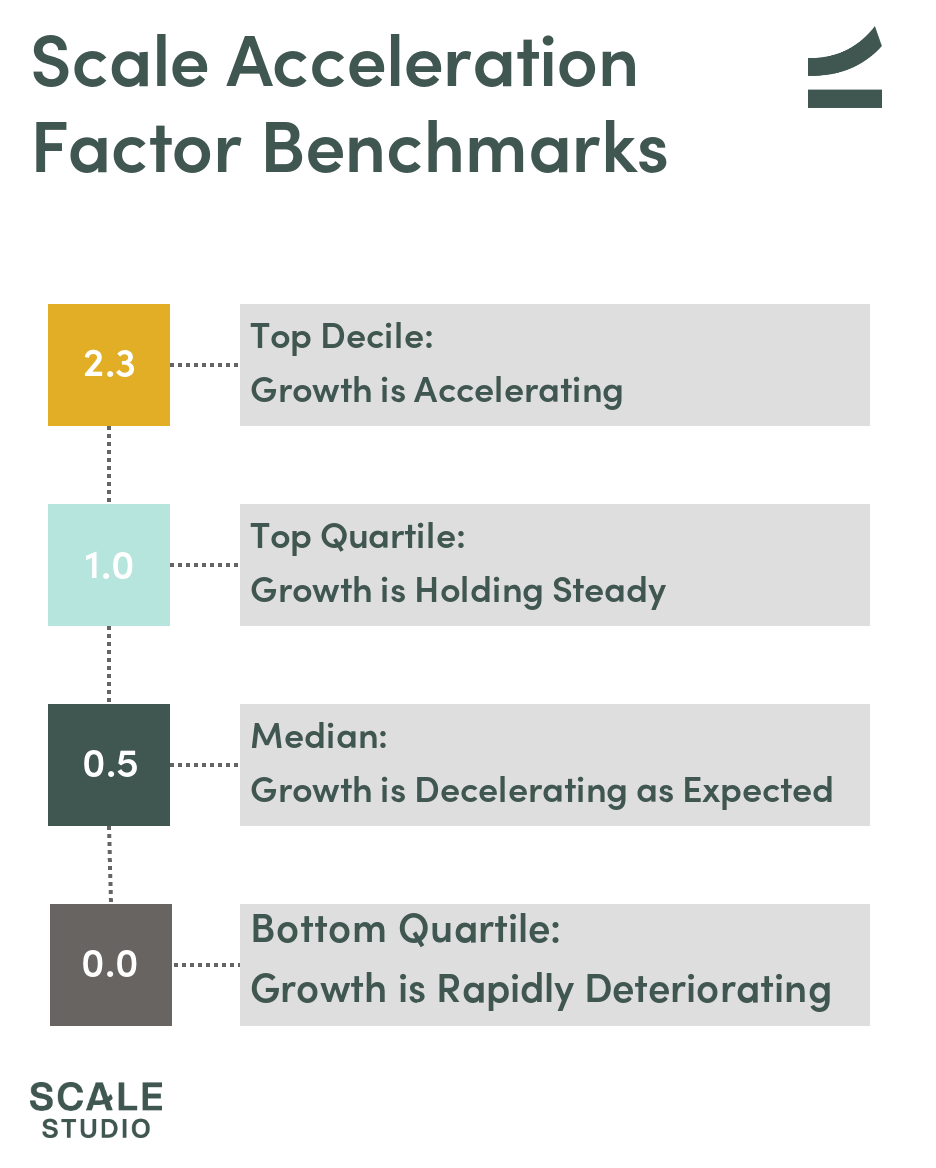 If we look back over the past 2+ years, we can see the impact of COVID on our portfolio of companies and how their Scale Acceleration Factor has fluctuated. For the top decile of companies, COVID provided some tailwinds and accelerated growth even in 1H20. This acceleration continued throughout 2020 and we saw a massive spike in Q121. 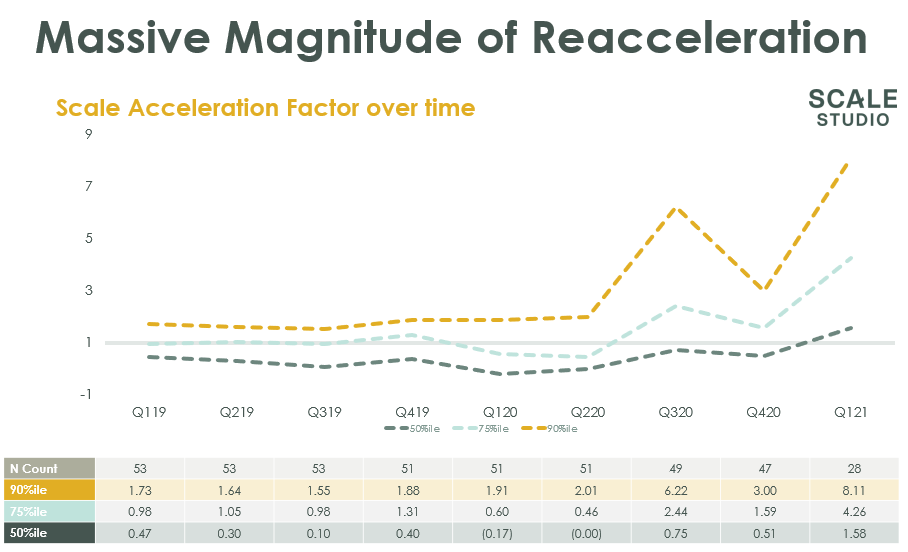 Is this level of growth acceleration sustainable long-term? Practically, no. If the median company continued to accelerate at this pace, the compounding effect of accelerating growth would soon mean that the company’s revenue would eclipse the economies of many countries. But this level of acceleration could well be the norm for the next few quarters, effectively resetting what “normal” growth looks like.