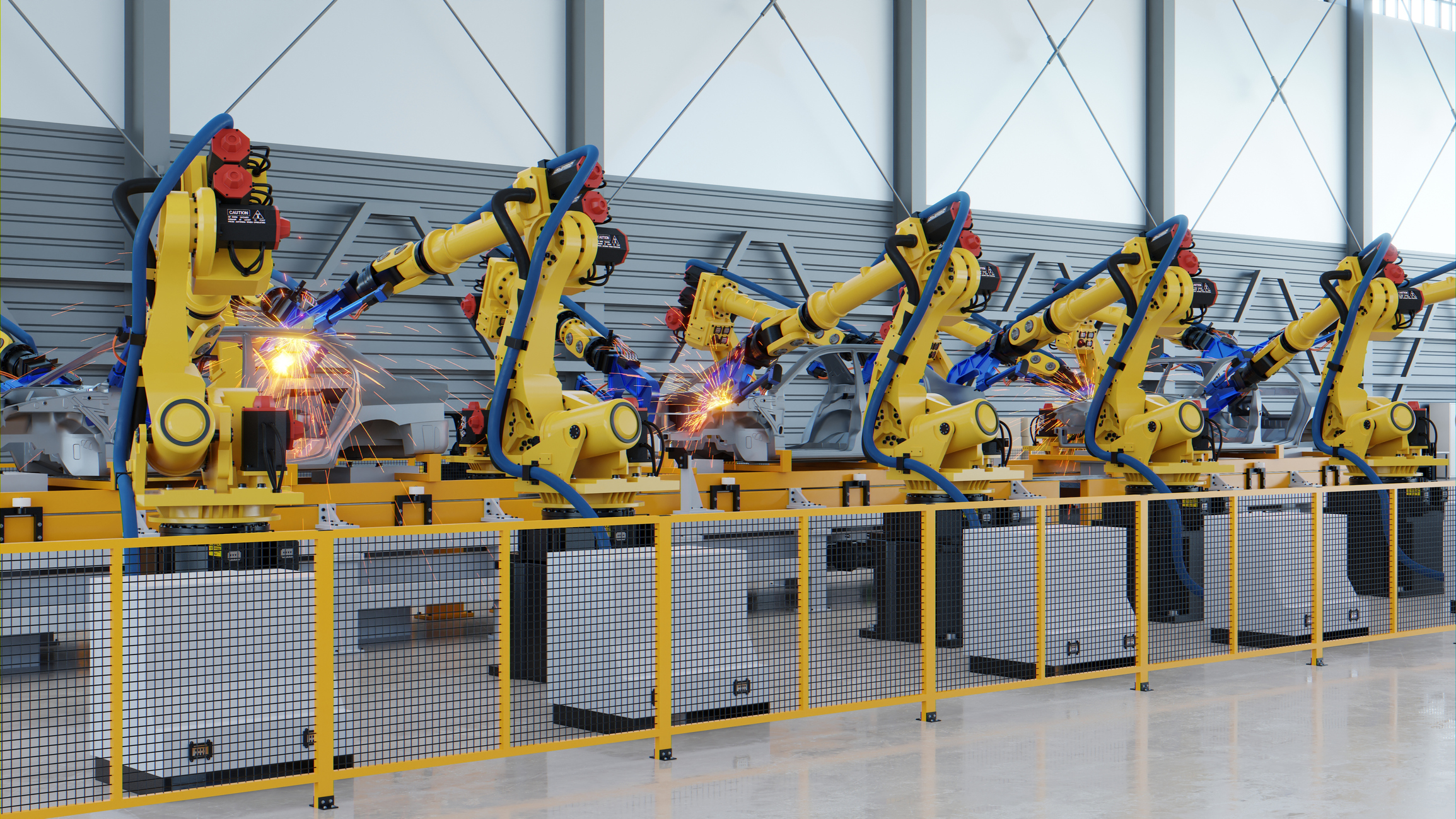 From Lab to Value: Observations on Robotics Startups

By Sam Baker
Trends
Share Now
There is no single path from the robotics lab to adding value in real-world environments. Scale's Sam Baker looks at some of the common ground among robotics startups that achieve product-market fit.

Robotics startups deploying integrated hardware / software solutions face challenges distinct from traditional enterprise SaaS ventures. The complexity of this approach changes practically every dynamic inside a company in its early stages, from capital costs to unit economics to sales and go-to-market. Not unlike the era of the first emerging SaaS companies, there is not yet an established script for taking a robotics business from the lab to deployment to ROI in the field. But this uncertainty is balanced against the potential for leadership in massive markets waiting to be won.

Here’s a taste of what we mean. Relative to enterprise software companies, robotics startups can face added complexities like:

Scale is an investor in both Locus Robotics and Soft Robotics, as well as companies like KeepTruckin and Root where hardware is a component of the value proposition. Along the way, we’ve met dozens of other management teams that are focused on robotics that serve a variety of different use cases and end markets.

Below, we’ve packaged up some observations from speaking with robotics startups that have wound up finding product-market fit. Our hope is that this is the beginning of a conversation with other founders about their thinking on the many paths to value in robotics. Here are a few things we’ve seen work:

Accomplishing one task really well. There is often a disconnect between what a robot is capable of doing in the lab (within a controlled, closed environment) versus how it performs in the field (within a dynamic, open environment). The more complex and ambitious the use case, the harder it can be to engineer a commercially viable system.

One key is “thinking small.” That is, demonstrating that your system can automate a specific task very well. For example, AMP Robotics’ Cortex system uses computer vision-powered robotics to supplement existing recyclable conveyor systems and their teams, focused on handling the dangerous (and thus expensive) removal of non-recyclables like diapers and other contaminants. AMP does not sell a robot recycling factory in a box; it sells units that can be inserted on top of an existing conveyor system and quickly add value.

Very few (if any) robotics solutions handle a broad range of tasks out of the box. By marrying software and hardware to automate one task or a discrete set of related tasks, robotics startups can help customers more easily achieve their SLAs - maximizing time in production while minimizing time offline - while also containing costs for maintenance and repairs.

A corollary to “think small” is that automating a single task -- when it’s a high-frequency task central to a big, complex, expensive system like e-commerce fulfillment -- can multiply out to massive market potential. All without doing backflips.

Take ecommerce order fulfillment, for example. Every time a consumer clicks the “buy” button, a team of associates travels around a warehouse to pick the products that have been ordered and place them in a bin to be packaged and shipped. Each day in 2020, Americans spent almost $2.2B online, which amounts to a lot of associates, doing a lot of picking, throughout a lot of warehouses, over and over again. Locus Robotics didn’t set out to automate the entirety of warehouse operations but instead identified a wedge in reducing the amount of time warehouse associates spend traveling from one item to the next.

Path Robotics is another good example of a team that is focusing on a single task that amounts to a massive market. Path’s automated welding system augments manufacturing assembly lines with high-quality welds, tapping into a market for skilled welders that’s around $20 billion annually even before the estimated 400,000 skilled welder vacancies expected by 2024.

Demonstrating tangible ROI to customers. Enterprises are engaged in a constant process of increasing output and reducing costs. They’re going to be responsive to robotics companies that can demonstrate a clear case for business value and tangible ROI on those terms. Customer testimonials that speak to that impact are particularly powerful in this ecosystem.

That business value, however, can take many forms. Locus Robotics has focused on increasing the number of picks and packs that the same number of warehouse associates could otherwise do. That’s an easy-to-measure productivity boost based on a comparison of all-in costs.

Balancing capital costs, sales cycles, and unit economics. Robotics startups need to figure out how to finance their hardware components when the business model starts to scale. Robots can be costly, and as new systems are sold, additional capital is required to purchase the hardware. This can add another layer of complexity to the already delicate balance of managing costs during a startup’s early stages. Subscription revenue models and customer prepayments can of course help alleviate this burden, as can the declining costs of producing robots at greater scale.

It is not uncommon to experience lengthy sales cycles within the robotics ecosystem. Task automation overhauls can be heavy investments, and can therefore be accompanied by lengthy qualification and rigorous testing. These factors, of course, aren’t unique to robotics startups - many large enterprise SaaS platforms or software (especially those aimed at regulated verticals) can have longer sales cycles as well. The flipside to this equation, however, is that once a system is set in motion and demonstrates productivity uplift, it can become very difficult to pull out.

What this all amounts to is that the financials of an early stage robotics startup may look quite different from your standard, plain vanilla SaaS business. There often isn’t a clean build of net new ARR quarter after quarter, and there will likely be more upfront capital costs, lower gross margins, and a higher R&D operating line than many venture investors are accustomed to seeing. With scale, however, these unit economics can start to shift dramatically and, over time, start to resemble their early stage SaaS counterparts.

Offering a low(ish) implementation threshold and high real-world performance. For a standard software company, streamlined customer onboarding is a hugely important factor in long-term customer retention. This dynamic is even more pronounced within the robotics ecosystem.

Getting robots up and running is not easy and can be a drain on resources. Too much friction can erode customer goodwill and degrade the overall value proposition. Ideally, the robotics company should figure out a way to share some of the implementation lift with the customer. But this is more of an ideal than reality much of the time, especially in the early going.

Once systems are up and running, systems also need to perform to real-world standards. Too often, robotics work well within fixed, controlled environments but then fail in real-world settings. Thus, one major requirement is being able to adapt/respond to unexpected interference. Here, a diverse set of customers can make the difference, providing the real-world data a company needs to generalize performance.

Not just working alongside an existing system -- but becoming the system itself. As we’ve discussed, many robotics startups start their journey by automating a specific task that is one part of a much larger existing system (take shuttling goods from point to point within an e-commerce warehouse environment, for example). But there are some circumstances when the reach of the robot (and the software that powers it) can extend beyond automating a specific task and begin to act as the control plane for the system as a whole.

Continuing with the example above, in addition to helping shuttle goods from point to point, a robotics system that also helps warehouse operators optimize the flow of goods and people throughout connected warehouse environments becomes that much more powerful. Some of the most promising robotics companies enhance the value of an entire system, and have the potential to earn the financial rewards that accompany this dynamic.

We want to end on an optimistic note after spending time on a few of the idiosyncrasies inherent in finding product-market fit in robotics markets.

The reason so many talented founders set out to build robotics platforms is the unrivaled opportunity to become true partners to their customers. These companies “join the team” and become an integral part of their customers’ core business processes and share in the collective productivity uplift and market expansion created by that synergy.

The Third Wave of Restaurant Technology