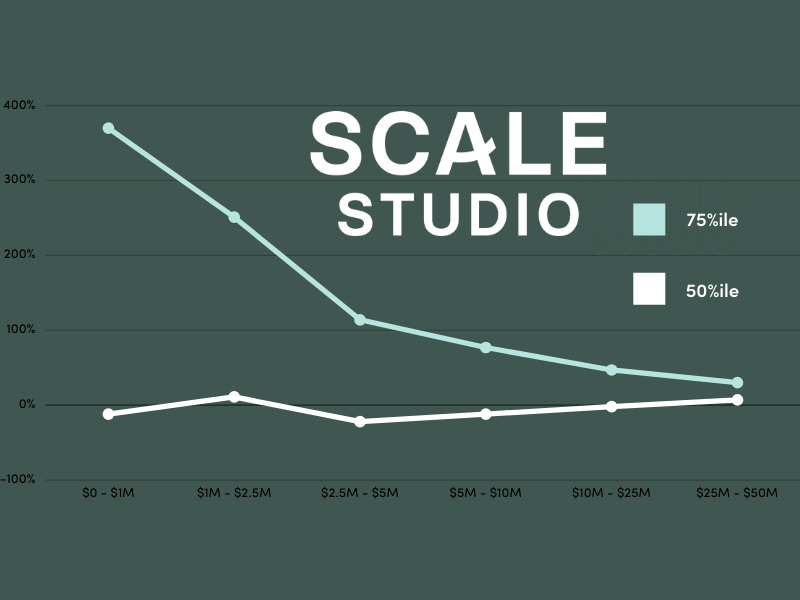 Rule of 40 Does Not Compute for Early-Stage Startups

Author:
Dale Chang
Metrics
Share Now
Startups should ignore the Rule of 40 in the early going. It comes down to two factors that together are pretty convincing.

About two years back, my colleague Sam Baker published a Primer on the Rule of 40, the rule of thumb that at scale a company's revenue growth rate plus profitability margin should ideally surpass 40%. It’s one of the more popular articles on our blog – which is interesting when you consider our advice to early-stage founders:

As investors in early-stage enterprise software companies, Scale doesn’t use the Rule of 40 to evaluate prospective investment opportunities. We understand that most early-in revenue, venture-backed startups tend to favor growth vs. profitability. In this context, looking too closely at the Rule of 40 may drive entrepreneurs toward misleading conclusions.

The article has an interesting perspective on the lack of standardization in the ways public companies measure and report the Rule of 40. That’s especially relevant to companies as they approach IPO readiness.

I’d like to say more about why startups should ignore the Rule of 40 in the early going. It comes down to two factors that together are pretty convincing.

The Case Against the Rule of 40 for Startups

Around here, we believe that performance metrics should ideally have two characteristics: simplicity and standardization. We’ve called our approach to metrics the Four Vital Signs of SaaS, which is a set of metrics that are easy to understand, talk about internally, and benchmark against other similar companies.

This gives us standards to evaluate the Rule of 40. Data from Scale Studio on Rule of 40 performance makes one problem clear. Look at the spread between median RO40 and higher-performing 75%ile companies: 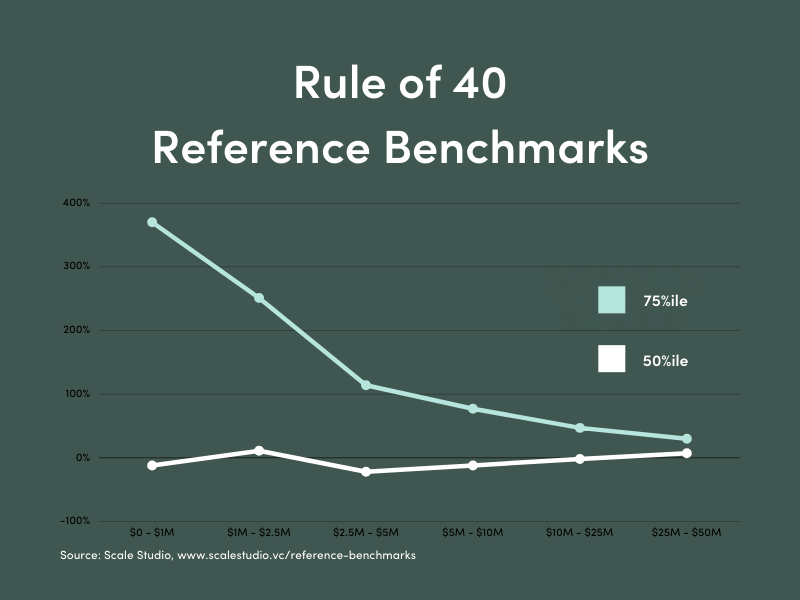 The median does tend to converge towards 40% as companies grow larger and achieve scale. But the numbers don’t carry a lot of signal–early-growth companies can do quite well even when they deviate from the 40% benchmark early on.

When a metric doesn’t correctly capture the underlying processes it’s meant to measure, you might say it does not compute. And that the case for early-stage companies and the Rule of 40. Any internal planning or goal setting using it is doomed to fail.

What metric does give you more signal? We look at actual net cash burn figures. But it’s tough to benchmark. So to normalize, we use Operating Margin because it's both simple and comparable across companies.

The trends here match what your gut tells about the path from the early, high-burn stages to the later, nearing-profitability stages. As you’d expect, the performance tiers converge on cash flow break even in the later stages.

Operating Margin is a metric that your teams will “get” far better than the Rule of 40. It’s a good foundation for more sophisticated measurement of how efficiently your spending generates growth–that’s a topic for a future blog post.

Check out these related articles on SaaS P&L and startup burn rates: