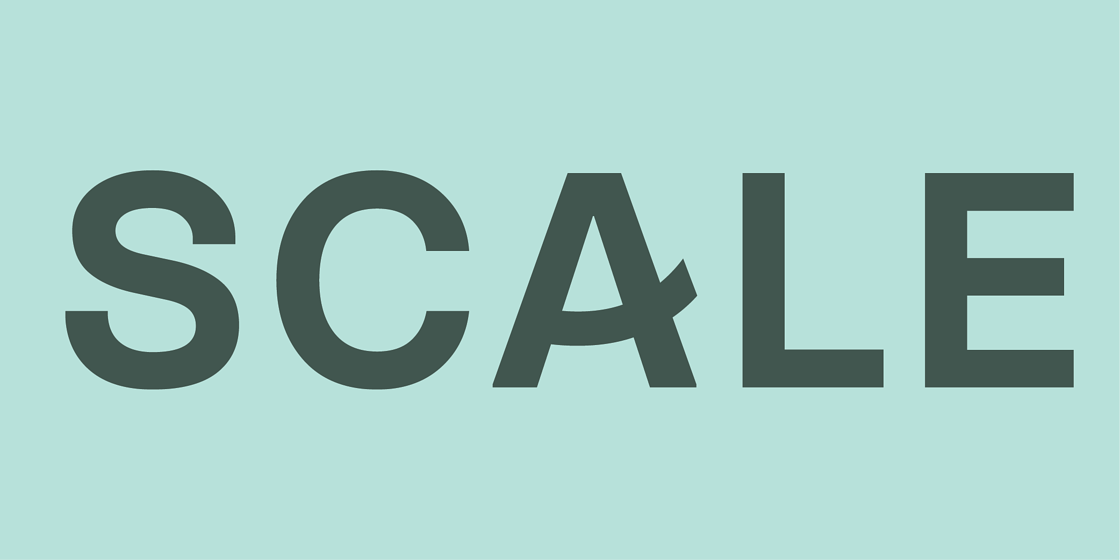 Most startups spent much of 2020 focused on re-engineering how they do business. So it's rewarding to see just how fully many companies recovered by the end of the year.

In our recent Q4 Scale Studio Flash Report covering the performance of Scale's portfolio companies, data showed the sales momentum that began during Q3 only strengthened in Q4. 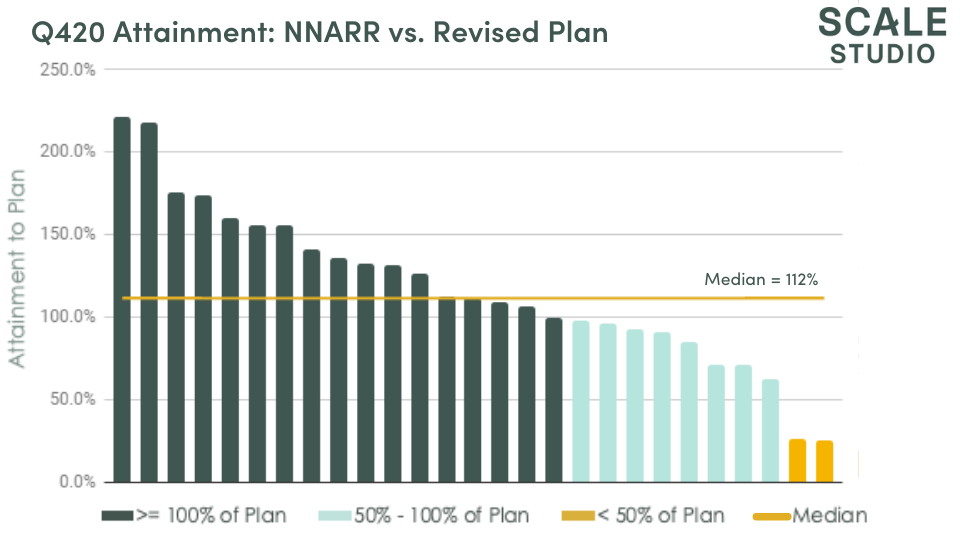 One key metric we use to evaluate the portfolio's performance is attainment, or the percentage of annual plan targets that a company achieves. Median attainment in Q4 jumped to 112% from 79% in Q1.

For the full year, the portfolio's top 10% performers attained more than 200% of plan, reflecting enterprise customers fully back in buying mode. The full year median for the entire portfolio was 103%.

So what does this mean for 2021? It certainly gives us reason to remain optimistic for the enterprise software business environment. But we're watching two factors that startups should monitor as the year progresses:

Like much of SaaS during 2020, a lot will come down to the specifics of a company's product and market. But it's reassuring that the latest data shows real momentum going into 2021.

Below continue the growth theme with links to a recent blog series on growth metrics, including one metric that we see as critical for 2021 success: Net New ARR Growth. Plus updates on recent Scale investments and highlights about the team. Thanks for reading!

Root Insurance completed its IPO on the NASDAQ (ticker: ROOT). Scale first invested in the AI-powered insurance disruptor in 2018. Alex Niehenke shared some lesson from Columbus. 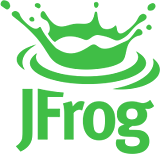 JFrog completed its IPO on the NASDAQ (ticker: FROG). Scale first invested in the DevOps pioneer in 2016 during the company's Series C round. Andy Vitus looked back at the company's success.

We closed our seventh fund, the $600M Fund VII. You can read about the fund and about "Cognitive Apps", our term for where enterprise technology is heading.

Scale led the $23M Series B funding round for Proscia, a startup creating a system of record for digital pathology.

Observability pioneer Honeycomb raised a $20M Series B round with participation from Scale. We first invested in the company's 2019 Series A.

Airspace Technologies announced its $38M Series C with participation from Scale. We led the company's Series B in 2018.

Augmented Reality company TechSee completed its $30M Series C round with participation from Scale. Scale led the company's Series B in 2018.

BigID announced a $70M Series D round with participation from Scale. We first invested in the company's Series B in 2018.

AI fraud-detection company Forter raised a $125M Series E round at a post-money valuation of $1.3B.

If you're looking to drill down into concepts, metrics, and benchmarks for startup growth (including NNARR, which we think of as the "crystal ball" of a startup's future success), check out these two founder-focused articles:

Data to understand your company's place in the larger SaaS universe used to come from either surveys (too generic) or anecdotes (too narrow). As part of our Scale Studio platform, we publish constantly updated "good, better, best" benchmarks that we call the Scale Studio Reference Benchmarks. Here's a preview of NNARR growth: 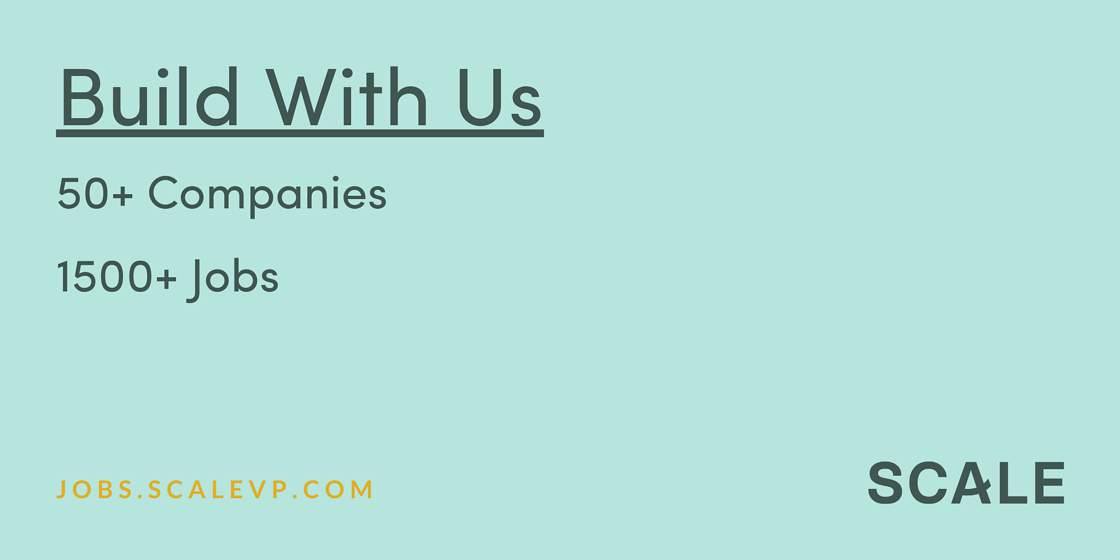 Scale News: The Business Of Relationships After COVID